Education is a top priority for the local communities. In Supinho, the Foundation raised money to build a new primary school. We are also supporting literacy classes for adults. In Idugo, where school attendance levels are very low, we have joined a nationwide initiative aimed at promoting girl’s education and raising awareness of children’s rights. Out of this grew our latest initiative leading to the training and integration of local youth in the district Children’s Parliament. 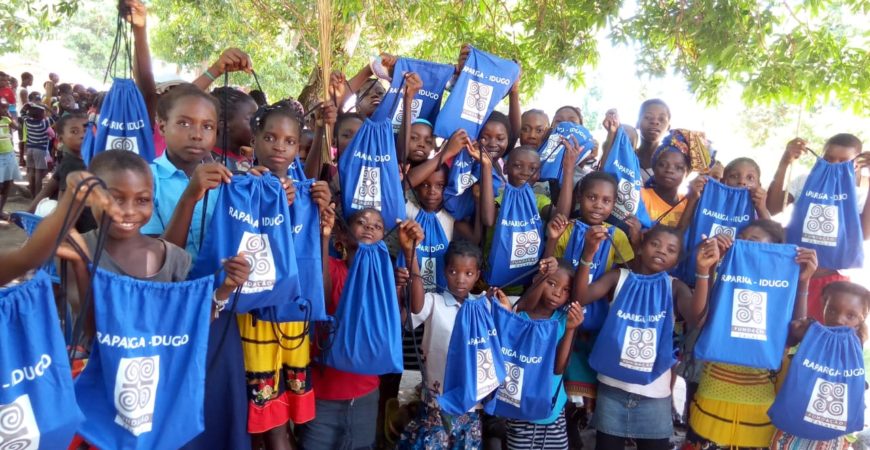 In 2017, the Zalala Foundation became involved in a Mozambique-wide initiative aimed at promoting education for vulnerable young girls in communities.

Zambezia has the lowest rate of school attendance amongst young girls of any other province in Mozambique. More than 8 out of every 10 girls aged 15-19 years have not completed their primary education. This compares with 2 out of every 10 in the capital city, Maputo. Low school attendance rates are strongly associated with early marriage and pregnancy and also with high rates of HIV infection. In Zambezia, 42% of girls aged 15-19 years have had at least one pregnancy. And HIV prevalence rates for girls aged 15-24 years are between 15-21%. This compares with far lower rates, between 5-6% of boys in the same age group.

In Supinho, girls have already been benefitting from interventions supported by World Vision. But Idugo, where school attendance rates for girls are extremely low. has been excluded from such support. The latest figures show that 53% of girls aged 12-14 years in Idugo are not attending school. Close to 15% of girls are married at the age of 15 and only a tiny proportion of girls (3.25%) complete secondary school education.

GIRL MOVE – translated as MOVIMIENTO M is a network of organisations working to promote empowerment and education for the poorest and most excluded girls and young women. The network is made up of over 40 organisations from all over Mozambique. Zambezia Province is represented by the Zalala Foundation and World Vision. Members of the network meet regularly to exchange materials and methodological approaches and share their experiences of working with young girls. 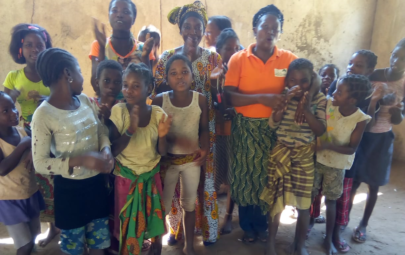 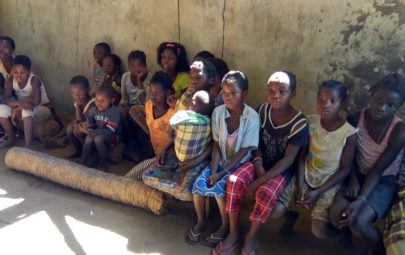 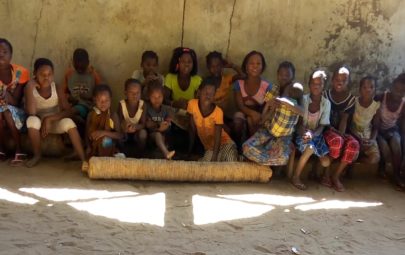 WHAT ARE WE DOING?

Veronica is working with a total of 50 girls in Idugo, 15 of whom are orphaned. Two women in the community have been identified as ‘mentors’ who will guide and facilitate weekly discussion and educational sessions using practical guides provided by Girl Move and adapted to the local reality. These meetings aim to provide a safe space for girls to share and discuss a wide range of issues and open their minds to an alternative reality. Topics dealt with include: the benefits of learning, risks associated with early sex life and premature marriage; the importance of economic independence; risks associated with sex work, alcohol abuse and unprotected sex, gender equality and the rights of girls and women. Group discussions have revealed numerous problems faced by these vulnerable girls. Most girls are kept out of school to work in the fields. Some spoke of sexual abuse by school teachers. Other young girls are lured into sex with promises of money and favours from older men, resulting in HIV infection. These shocking revelations reflect a wider problem of abuse of young girls in Mozambique. In 2018, the launch of a nationwide campaign GIRLS AGAINST VIOLENCE sought to raise awareness and contribute to tackling this problem. 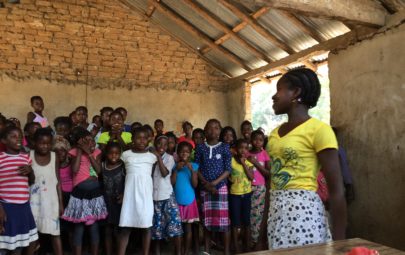 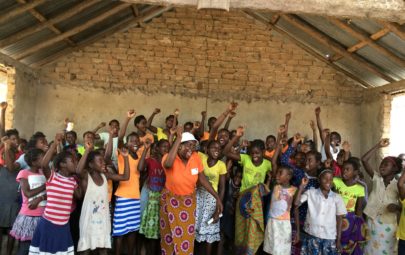 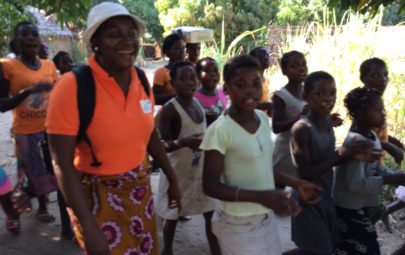 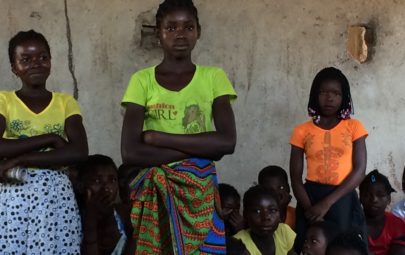 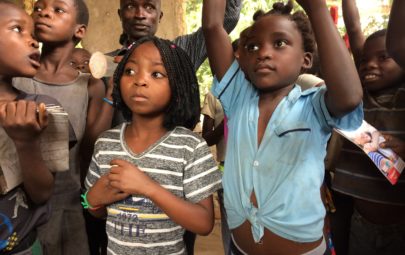 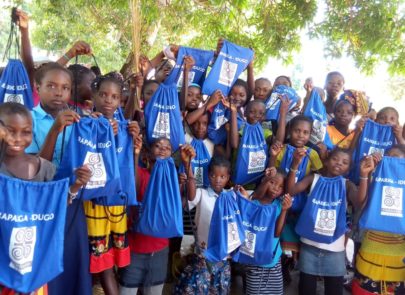 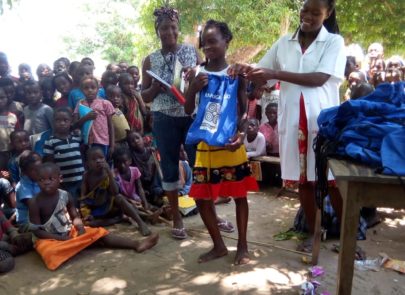 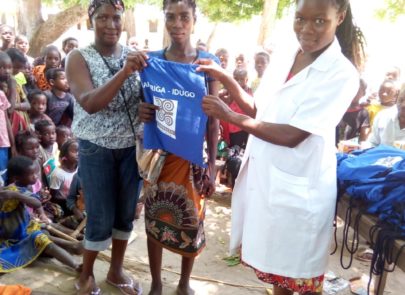 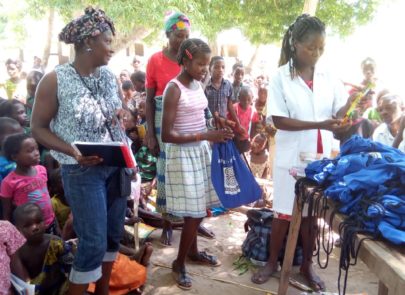 In order to elicit the full backing and support of the local leadership and parents in the community, the Zalala Foundation organised a seminar to explain the objectives and answer questions about the work with young girls. A district government representative introduced the seminar and gave his thanks for the programme which he said is vitally needed in Idugo where young girls are very vulnerable to early pregnancy, HIV and domestic violence. Education thus plays a vital role to play in empowering these girls to defend themselves and to increase their access to jobs and other opportunities. 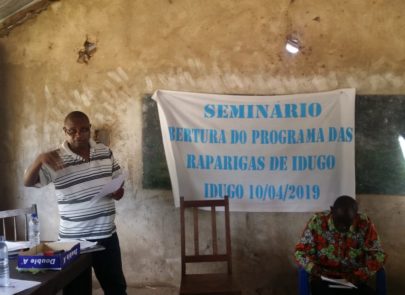 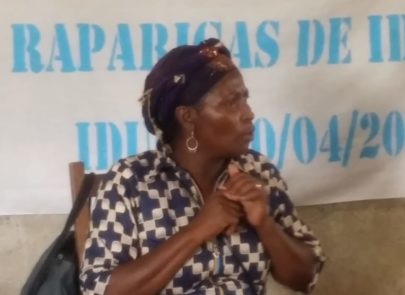 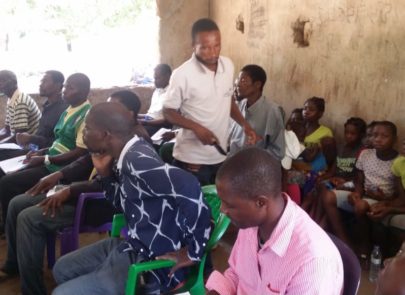 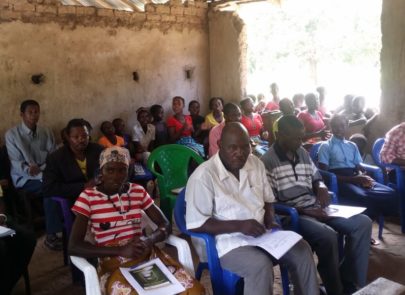 YOUR ONGOING SUPPORT IS NEEDED

Last year, we appealed for your support to provide school kits for young girls in Idugo. With your generous support, we bought school bags with exercise books, pencils, rubbers, sharpener and pens for each girl in the programme. These were distributed at the beginning of the school year. Since this programme was initiated, many other young girls have been inspired and next year, the number of girls supported will be expanded. The 15 orphans will also receive 2 sets of clothing to enable them to dress appropriately for school. In addition, your support is needed to buy equipment and improve the conditions for the new Youth Sewing Group on Idugo island. Please support our efforts!