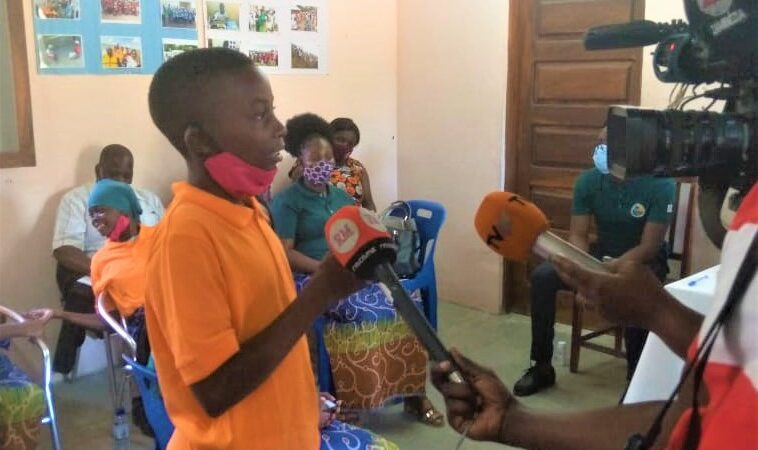 Last week, representatives of the Girls Group, ORIS, addressed an audience of district government representatives from the Education, Health and other Ministries to make known their demands from the Government of Mozambique. One by one, they spoke out about the problems they face and the failures at all levels of officialdom to fulfil their duties towards children and young people. 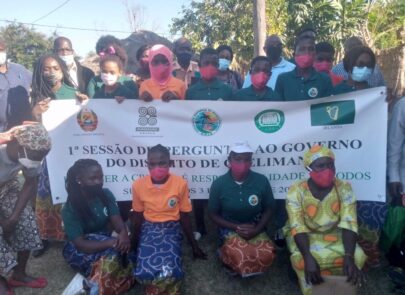 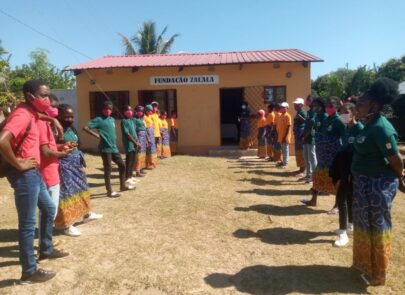 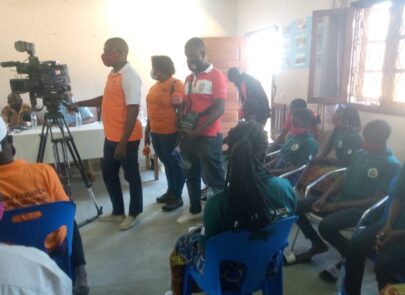 Teacher absenteeism. Most teachers only appear at school from Tuesday to Thursday so the school curriculum is not fully covered, so pupils are missing out on their education.

Teacher alcoholism. Many teachers, including the Idugo School Director, show up drunk most days.

Sexual abuse of schoolgirls. Many girls reported having been sexually abused.

Lack of drinking water. This issue was raised by girls from Supinho where the water pump has not been repaired for years.

Accidents on the way to school. Children have to cross a small bridge to get from the village to the school in Supinho, which is very unstable and children have fallen and been injured as a result

Lack of transport to nearby secondary school. A boat intended to transport pupils to Macuse where there is a secondary school has been in disrepair for years. Consequently, children have to leave home and attend school in other districts, which is costly. So very few are able to continue their education.

Parental denial of girls’ right to education. Some parents are still putting pressure on girls to get married early despite laws which prohibit underage marriage.

Concerns about erosion. Another issue raised was concerns about the destruction of the mangroves, which poses a serious threat from erosion to the island of Idugo.

Girl talking about lack of teachers and a secondary school – YouTube

Girls speaking up about water shortage in schools

The boldness and fearlessness of the young girls and boys in raising these issues in the presence of community leaders, government representatives, the school Director and other figures of authority and in the presence of local and national media is remarkable.

Their courage and conviction is evidence of the impact of the Girls Empowerment Programme that has been led by the Zalala Foundation over the last months, supported by funding from Irish Aid. Under this programme, the members of ORIS have been attending regular training workshops and seminars led by members of the Quelimane Childrens Parliament and by members of ARZ , the Girls Association of Quelimane.

The testimonies and accusations of the young girls and boys reflect failures at all levels of government, including the failure to carry out school inspections as required by law and the failure to protect the rights of girls against sexual abuse and forced marriage. Faced with these charges, the response of the local leaders and district authorities was rapid.

The District Head of Education ordered the government boat to be repaired for transporting Idugo school children to Macuse.

The Chief of the Locality, along with other officials, visited Idugo to inspect the school and investigate the accusations against teachers and the Director.

The community leader in Supinho set up a community team to fix the bridge leading to the school to prevent future accidents.

The parent of a girl accused of wrongly forcing her daughter into early marriage apologised and gave consent for her daughter to continue attending school.

The Zalala Foundation is monitoring all actions taken to improve the situation of young people in Idugo and Supinho and will continue supporting and encouraging this process.