A personal note from Angela, founding Director of the Fundação Zalala and the Zalala Foundation.

The story of the Zalala Foundation dates back to 2006 and the twinning of my daughter’s primary school in West London with a primary school in Zambezia Province. The twinning relationship between the two schools resulted in the building of new classrooms and the restoration of a broken water pump for the school. The joy I saw written on the faces of the children was the inspiration for all that was to follow culminating in the establishment of the Zalala Foundation.

Transforming the lives of school children

The classrooms were dark and dusty. They had no protection against the sun and the rain and only logs on the floor to sit on. 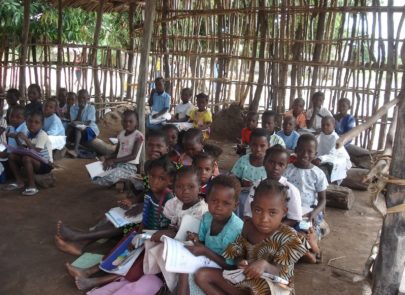 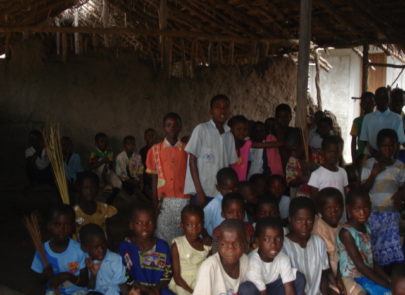 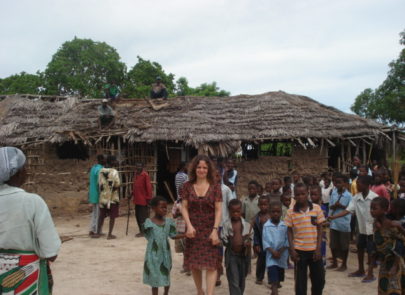 The new classrooms that were built had bright white walls and beautiful benches for the children to sit on. Practically overnight, the experience of school for these children was transformed. The school children, the tutors, the parents and the educational authorities were overjoyed. 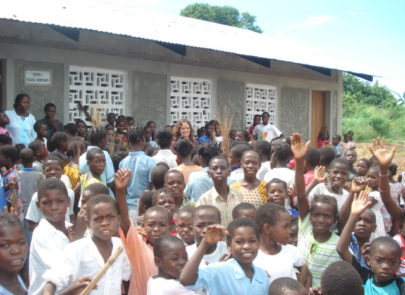 The successful outcome of this initiative had a marked impact on me and inspired me to get more deeply involved with Zambezia. A few years later, my father passed away and left me an inheritance, which I decided to invest in Mozambique. I decided to invest in an eco-tourism development on the beach near the coastal town of Zalala. The challenges of working in such a resource-deprived environment and in the context of a country only recently recovering from 16 years of civil conflict were enormous. Construction began in 2008 and Zalala Beach Lodge opened its doors to the public in 2012. Five years on, thanks to the extraordinary dedication and hard work of Pedro, the Lodge Manager and all the staff, Zalala Beach Lodge has established a reputation and earned its place on the tourism map of Mozambique attracting tourists and business travellers from far and wide!

From the outset, our whole approach has been guided and inspired by the principles of Responsible Tourism – a movement that was born in the UK and has been spreading rapidly across the globe. The movement is aimed at minimising the negative and maximising the positive impacts of tourism on local communities and the environment.

The majority of Lodge employees are from one of the nearby local communities, Supinho and Idugo and have been trained on the job. Most had only a few years of schooling and no previous work experience, but they were eager to learn and are now viewed as a major asset by visitors to the Lodge. 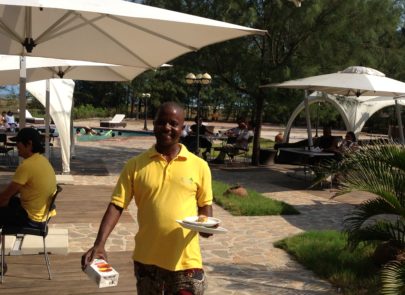 Fish, eggs and other products are sourced locally and served to clients in the Lodge restaurant. The Lodge also provides trade for local service providers, such as tailors, carpenters, masons and thatchers.

In addition to providing jobs and trade for local people, the Lodge also set up a Community Fund to support a range of social projects aimed at supporting and improving livelihoods in the local communities. A key focus was on supporting rotating savings and credit groups that serve as a form of community bank encouraging people to save and providing start-up credit for small scale enterprises to meet

Improvements in the lives of local communities

These community projects have had a visible impact on the local communities.

The Lodge’s positive impact on local livelihoods and the local economy was recognised in 2012 when we won the IMVELO Award for Best Local Economic Impact competing against entries from 10 countries in the Southern Africa region. 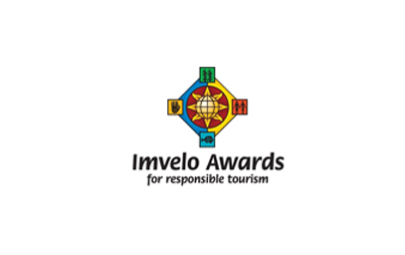 The birth of the Zalala Foundation

Spurred on by these successes and the desire to continue and expand our work in local communities, we decided that we should apply for charitable status, thereby enabling us to seek funding from a far wider range of sources, both within and outside Mozambique The process of applying for charitable status in Mozambique began in 2016. At the same time, we decided to build a community space to serve, both as the headquarters of the Fundação Zalala and as a meeting place and workplace for the members of the local Association. The inauguration took place in August 2017 and was attended by family members who travelled from Greece, the UK and the States for this special occasion. Two years later, the Casa Comunitaria in Idugo was inaugurated and serves as a multi-function space for the whole community. Both these community centres symbolise my firm and lasting commitment to the improvement of the lives and conditions of the inhabitants of both communities.

This refrain of one of the songs the locals frequently address to me when I visit, is my motto!